The Centre aims to become a European benchmark in translating interdisciplinary and cutting edge research on ethics, responsibility and sustainability into management education programs and initiatives, thus providing a positive impact on business communities and society.

The Centre delivers management education programs and initiatives on sustainability, circular economy and social innovation, and supports companies in their sustainability transition process. 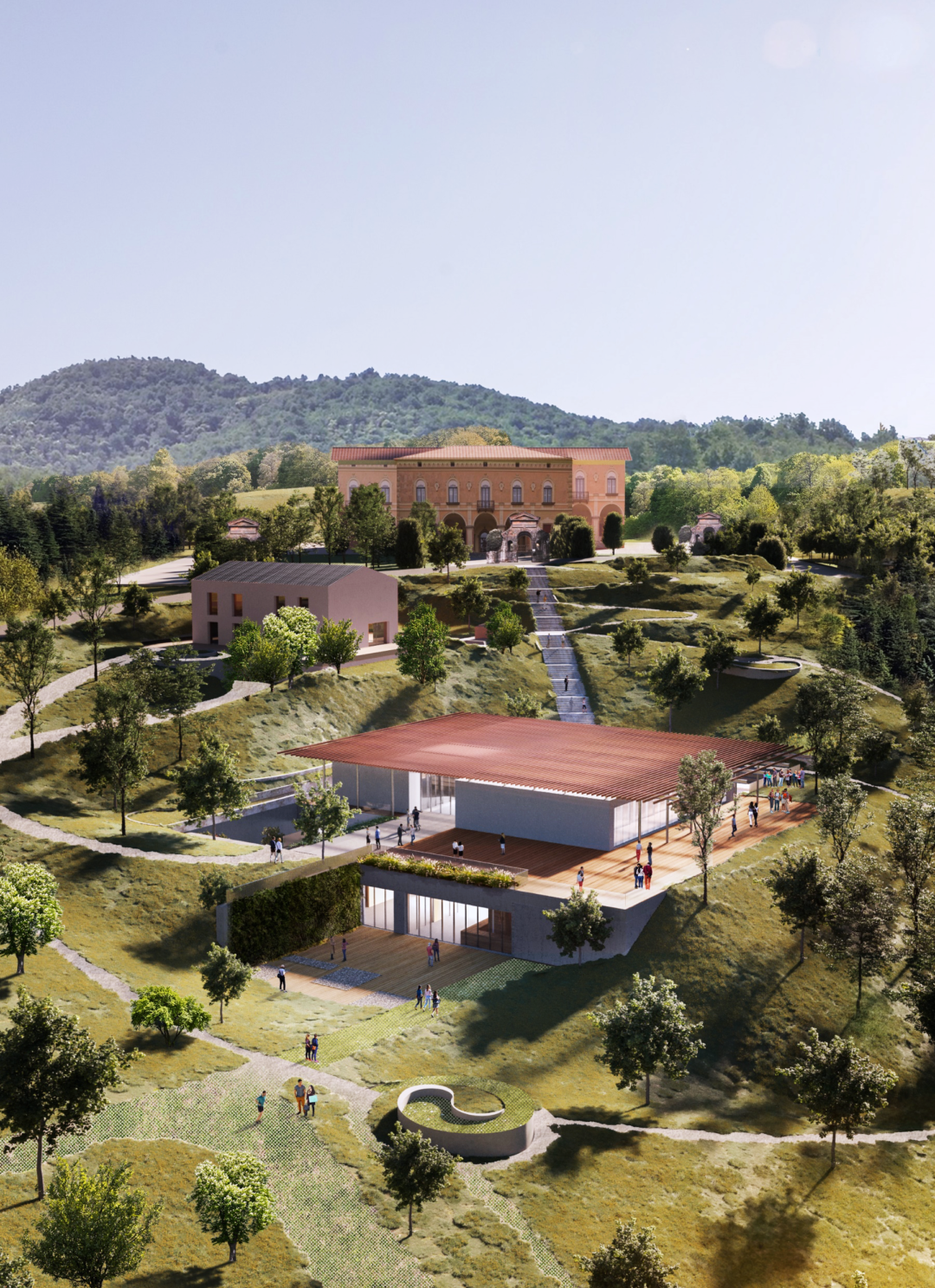 Professors and researchers of the University of Bologna in partnership with Bologna Business School represent the backbone of the BBS Centre for Sustainability and Climate Change and are the main contributors of teaching activities and applied research.

Director of BBS Centre for Sustainability and Climate Change and Professor of Management Engineering at the Department of Management, Alma Mater Studiorum - University of Bologna.

Assistant Professor in Infectious Diseases at the Departemet of Specialist, Diagnostic and Experimental Medicine, Alma Mater Studiorum - University of Bologna.

Associate Professor of Management Engineering at the Department of Management of the Alma Mater Studiorum - University of Bologna.

Assistant Professor in Organization and Human Resource Management at the Departement of Management of the Alma Mater Studiorum - University of Bologna and Bologna Business School.

Assistant Professor at the Department of Physics and Astronomy of the Alma Mater Studiorum - University of Bologna.

The Global MBA in Green Energy and Sustainable Businesses is aimed at young managers who are interested in the challenges imposed by climate change, and the principle on which to build the future of business.

The aim of the Green Management and Sustainable Businesses track of the Full-time Business Management Master’s Course is to lead companies in creating new business models, supported by a responsible use of resources.

The Master in Sustainability Transition Management, The Program is rooted in the Innovation framework, has the aim to equip participants with tools and knowledge to develop a professional career internationally in the global sustainability arena.

The Executive Master in Sustainability and Business Innovation was established to develop a new strategic vision and to provide skills and operational tools to those who manage sustainability, circular economy and social innovation processes.

The Executive Master in Sustainability Transition Management has the aim to equip executives with operational tools and strategic knowledge in order to develop their professional career internationally in the global sustainability arena.

Sustainability and circular economy are becoming fundamental pillars of the modern economic systems and they represent a development alternative to meet the global challenge of the depletion of natural resources.

place in Europe for the university's commitment to sustainable development*

years of experience in sustainability education

programmes integrated a course on Business Ethics and Sustainability

of students are exposed to ERS issues during their studies

The Centre has established the Observatory on Business Sustainability and it currently assesses 4,000 Italian companies against 67 sustainability metrics. Every month, the Observatory releases a report that describes the state of sustainable business across different industrial sectors. The data collected through the Observatory contribute towards advancing academic research on sustainability, circular economy and industrial transition; the data also support the dissemination of ERS principles across the BBS business community and society at large. 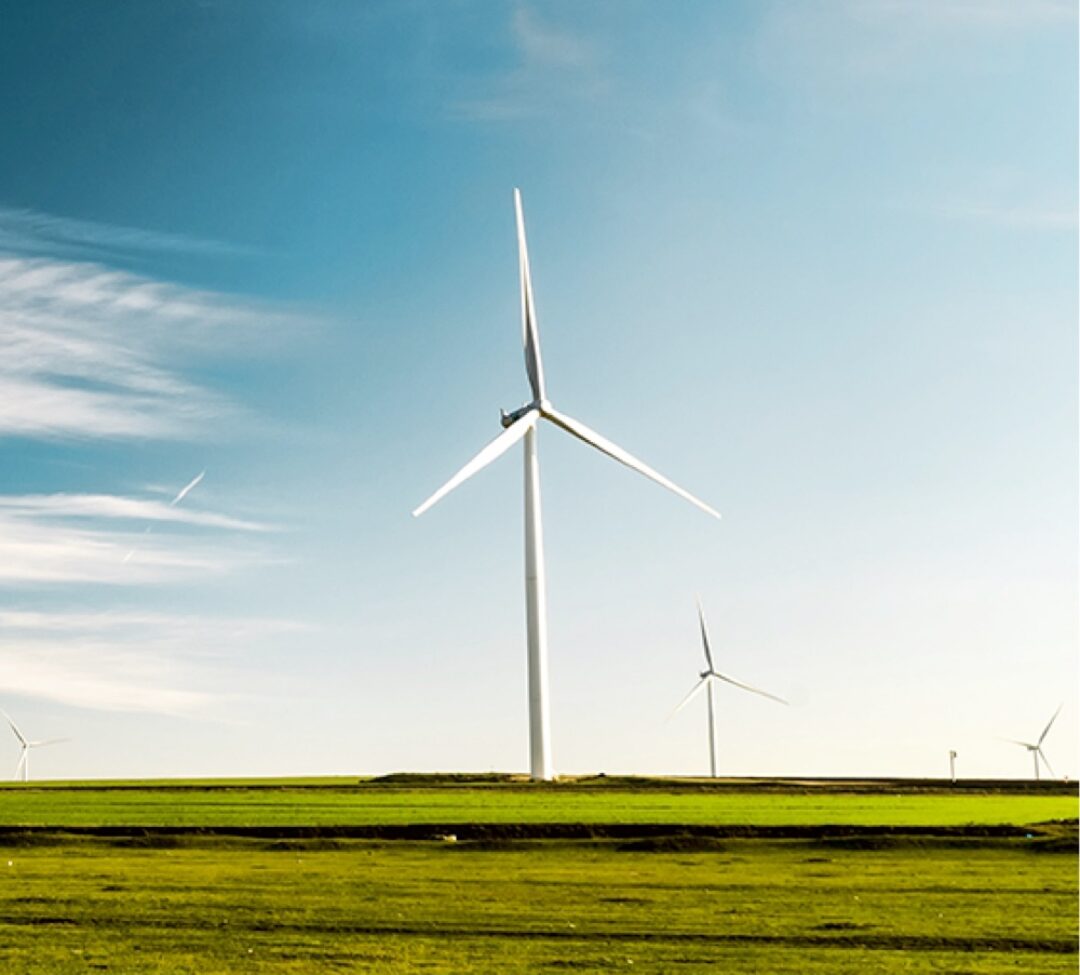 Italian and international institutions support the Centre in translating interdisciplinary and cutting-edge research on ethics, social responsibility and sustainability providing a positive impact on business communities and society.

Talks and testimonials of BBS guests, who constantly inspire the Community through experiences and stories about Innovation and Sustainability.

Patrizia Grieco explains the role of ENEL in energy transition 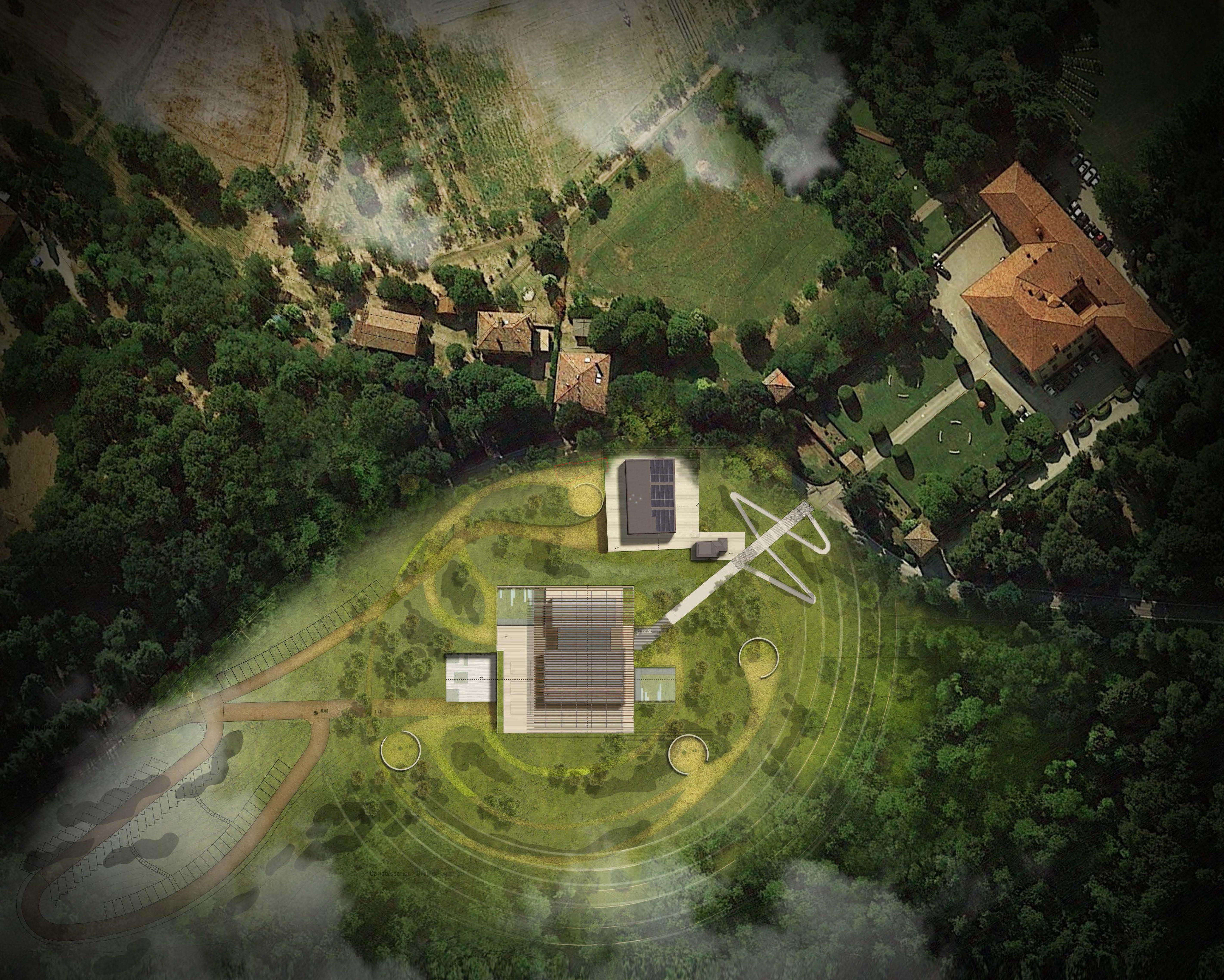 BBS is committed to promoting and disseminating the principles of ethics, responsibility and sustainability among its students, business partners and wider society.

A set of initiatives and projects that BBS carries out to impact its major stakeholders, and attest that ethics, responsibility and sustainability are being implemented within BBS daily operations. 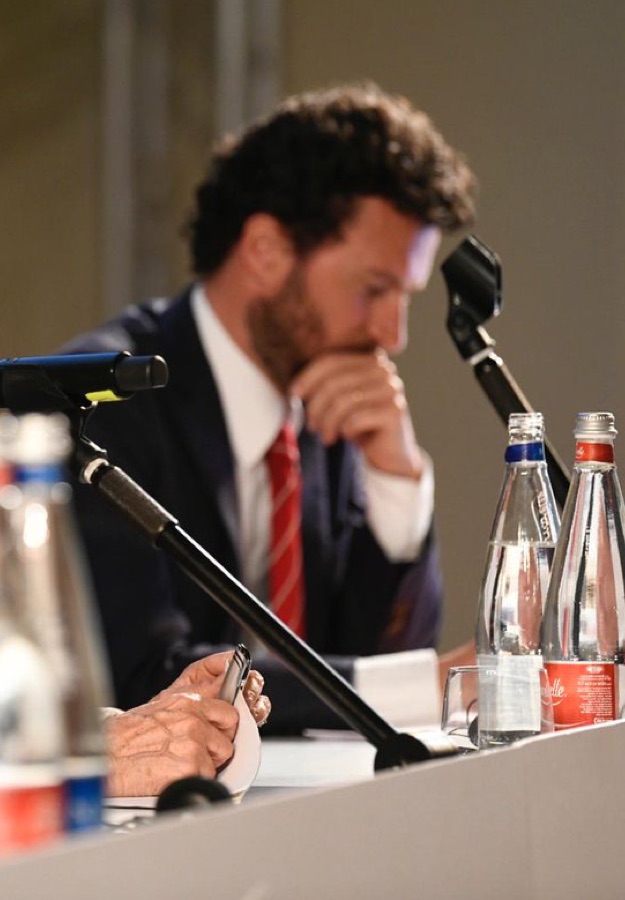 Ph.D, is Associate Professor of Management Engineering at the Department of Management of the University of Bologna and Visiting Professor at the Centre for Business Performance of the Cranfield School of Management. He carries out research on topics of circular economy, sustainable industrial transition and measures of business performance. He is currently engaged in a European project aimed at decarbonising high-carbon European industrial sectors. He teaches Management Control Systems at the School of Engineering and Architecture of the University of Bologna.

Biotechnologist, she worked in several research institutions and she is part of the Mediterranean Center for Disease Control. Her research is mainly addressed to the study of the pathogenic mechanisms of infectious diseases and the application of a One Health approach for pathogen surveillance programs, impacting veterinary and Public health, zoonosis, emerging and re-emerging animal and human diseases.

Davide obtained a bachelor degree in Earth Sciences (2010) and a master degree in Engineering Geology and Land Management (2012) at the University of Bologna (Italy). After a two-years consulting experience in Italy, he pursued and obtained a PhD in remote sensing and rock mechanics at the Simon Fraser University (British Columbia). During his PhD and the following post-doctoral research career, he collaborated in various national and international research projects focused on the stability of stability and evolution of large landslides.

Eleonora Foschi is an environmental engineer with expertise in the field of circular and bio-economy. She got a PhD at the University of Bologna with a dissertation on System innovation and life cycle thinking in plastics value chain. During the post-doc at the Department of Management, she advanced the research on business models for the circular economy. She is involved in many EU projects and collaborates with a multitude of national and international public and private institutions.

He graduated with honours from the University of Bologna (2009) and holds an LL.M. in International Commercial Law from King’s College London (2009). He gained his Ph.D. in Company Law and Financial Markets Regulation from the University of Bologna (2014), during which he spent a research semester at the London School of Economics and Political Sciences Library (2012).

He was Academic Visitor to the Faculty of Law of the University of Oxford with an MCR Fellowship from Jesus College (2016-2017), a Visiting Professor at the University of Haifa, Israel (2018) and a lecturer at the European Master’s in Law and Economics (2015-2018).

Riccardo’s research has been published in the foremost Italian and European law journals. His main areas of interests include directors’ duties, European company law, the regulation of financial advice and sustainable corporate governance.

He is admitted to the Italian Bar and worked for a top-tier law firm.

Her research focuses on the topics of Business Performance Measurement, Sustainable Industrial Transition and Circular Economy. She teaches Business Management at the School of Engineering and Architecture of the University of Bologna.

Toloue Miandar is an assistant professor in Organization and HRM at the Department of Management of University of Bologna and Bologna Business School. Prior to this position she was a Postdoctoral Research Fellow at the Department of Economics and Management of University of Padova and at the Politecnico di Milano School of Management. She received the PhD degree of Economic Sociology and Labour Studies from University of Milan. Her research interests are: Organizational Behavior, Corporate Sustainability, Sustainable Development and Supply Chain Sustainability. Prior to starting her academic career she had years of industry work experience.

He holds a M.Sc. in Physics from the University of Naples “Federico II” and a Ph.D. in Meteorology awarded by the University of Reading, UK. He was a research fellow at the California Institute of Technology with a NOAA Climate and Global Change Fellowship from 2015 to 2017, an associate research scholar at Princeton University and NOAA Geophysical Fluid Dynamics Laboratory from 2017 to 2019 and a research scientist at Stanford University from 2019 to 2021.  His research interests lie in understanding the impact of climate change and variability on the hydroclimate and extreme events.

CEO of Camfridge Ltd which aims to become the world-wide leader in high efficient gas-free refrigeration technology based on magnetic properties of solid state materials. Alessandro Pastore developed his professional carrier internationally having lived and worked in Italy, France, Brazil, Argentina, Germany and UK. Before co-founding Camfridge in 2005 he had been holding the position of Vice President at Siemens Communications for 7 years. He started his professional career at the Telecom Italia Research Lab formerly known as CSELT. Alessandro got a PhD in Automatic Control from Politecnico di Torino and an MBA from the Collège des Ingénieurs, Paris.

Researcher and practitioner in the field of sustainability assessment, Life Cycle Assessment, environmental risk assessment and remediation. She completed her PhD in Civil, Chemical, Environmental and Materials Engineering at DICAM, University of Bologna in 2017. She has been a Climate Kic Pioneer in 2015. She is currently Research Fellow Professor at the Department of Management of the University of Bologna, involved into several research projects, such as EIT Climate Kic Flagship “Re-Industrialise “and Sustainability Measurement and Management Laboratory “SuMM Lab”. She is faculty member for Part Time MBA, Hybrid MBA in Sustainability Transition Management and tutor in Executive Master in Sustainability and Business Innovation.