We are used, thanks to the way history is taught at school, to reflect on steps (one individual war, the coronation, the death of an important figure, …) while we haven’t learned to observe an event in terms of process, that is, as something in constant flux.

Also in the situation we are experiencing on a global scale, we instinctively assign a meaning to how things were before (how we were), and after (how we will be) neglecting the phase we’re re going through, that we interpret as a parenthesis destined, we hope, to end as soon as possible, to leave space to a world that has completely changed or only in part or (we trust) that has gone back to how it was before.  In our primitive and antiquated mind (Günter Anders) we naively tend to shape reality as if the things that happen were ruled by a bipolar switch with two clear positions: on/off; white/black, active/not active.

For example, if we take the aspect, which I believe is important for the business community to focus on, of the man-machine relationship and therefore also among human beings by way of a machine, what is happening is showing us with more clarity what the German sociologist, contemporary of Baumann, Ulrich Beck tried to explain to us in his 1986 essay “Risk Society”. Beck warned us, back when no one would have imagined it, against the idea of safety, at least in the absolute and imperative terms that this concept has taken on in our times, pushing us to think proactively in order to seek and obtain total safety as a due and indispensable act in an evolved and civil society.

According to Beck –safety-, like –happiness-, is a concept that ended up pervading our choices, influencing them in the name of an aspect that never concerned the evolution of the human being, as it doesn’t concern the totality of the living beings that exist at the mercy of events that the time factor rules: there are instants of safety, there are ponderable safety margins, but never safety in absolute terms. Seeking or demanding it, absolutely and blindly, like we did in the midst of this difficult predicament, the pandemic, influences people’s behavior, paralyzes the most thriving business, prevents us from accepting mediations of the risk factors and from enabling us to entertain a continuous negotiation with it and with the consequences of its absence.

Besides this, the occasion of the ongoing Pandemic has also been a test bench of incredible scale in relation to a practice we already knew and used in large quantity, but from which our survival didn’t seem yet to depend on: the mediation of the machine (often meant as computer/network/smartphone, but not limited to these). If our work was able to go on, if our life took on for a few months, globally, the semblance of tolerability, if the system didn’t collapse on itself, it is essentially due to inventions and systems that were imagined, invented, manufactured and developed on a planetary level invading every sector and enabling an unprecedented number of people (a few billion) much sooner and without taking the slightest consideration of what happened. 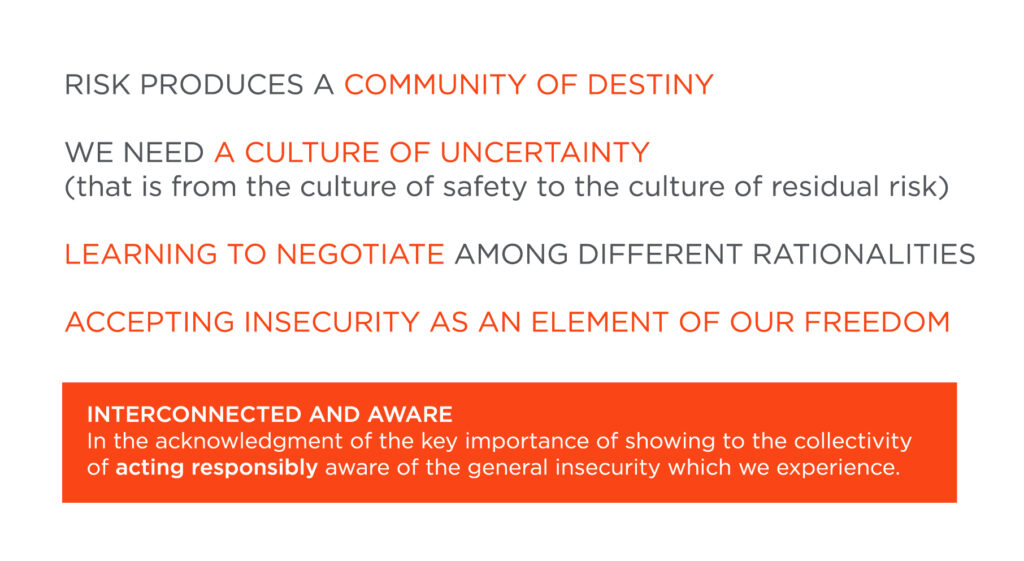 We know it, nothing new here. What is actually interesting to highlight is that in the space, which we usually took for granted, the space and way in which we related to the machine and among us by way of the machine, the Pandemic has built an area of knowledge and competence that all of a sudden has become extremely important and influencing for our normal life. Hence extremely important and influencing for every form of business. A territory of competences to be explored and studied was born, which Daugherty and Wilson in 2019 called the territory of the Fusion skills stigmatizing an area of knowledge and practical experimentation which evolves from the tradition of the Human Machine Interaction (highly manufacturing and instrumental in the B2B sense) merging together the sets of knowledge typically of humanities- and economy-centered, with others, typically digital-, AI-, machines- oriented. 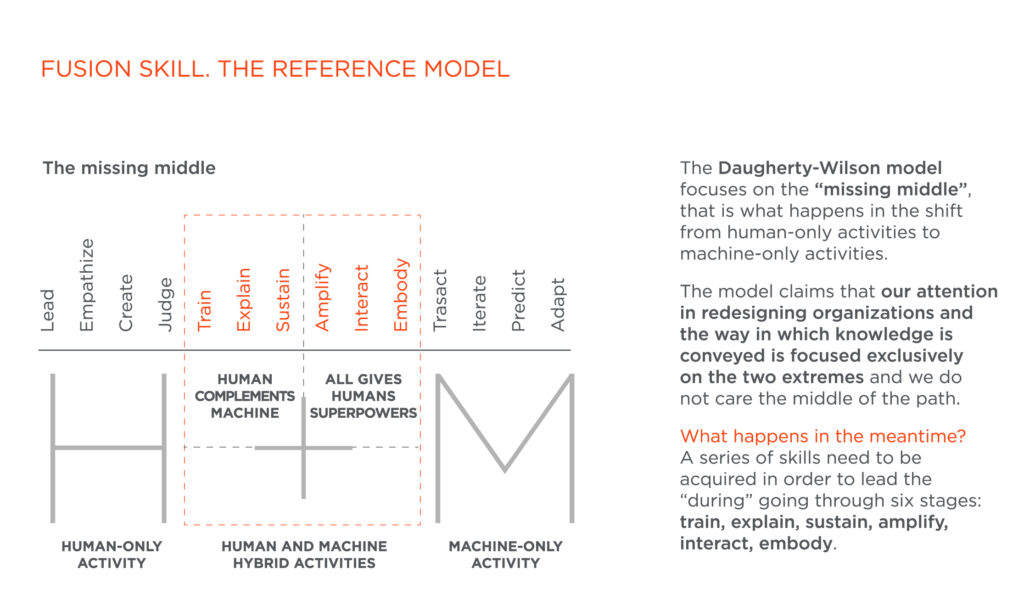 The closest example we have is the field of training and education. Suddenly every process of the learning relationship (from school to military training, through every university or corporate form) has become something only mediated by the machine. All activities and technologies that existed and that we had been using for years, nothing much really new, but that only in its instantaneous and total compulsory digital implementation demonstrated that it was no longer possible to imagine digital mediation as the transit in bits of the frontal type molecular processes traditionally based on interpersonal relationships.

In our organizations and companies, we managed if we promptly activated the IT personnel and if we supported them with the “geeks” among the rest of the staff, often selected from the generation of the digital natives (though we still had difficulties to let them access our core business waiting for them to earn their place). Luckily, in many companies, the top management had been for some time connected and agile in the use of control and management Internet processes. But what was not at all obvious concerned two aspects: 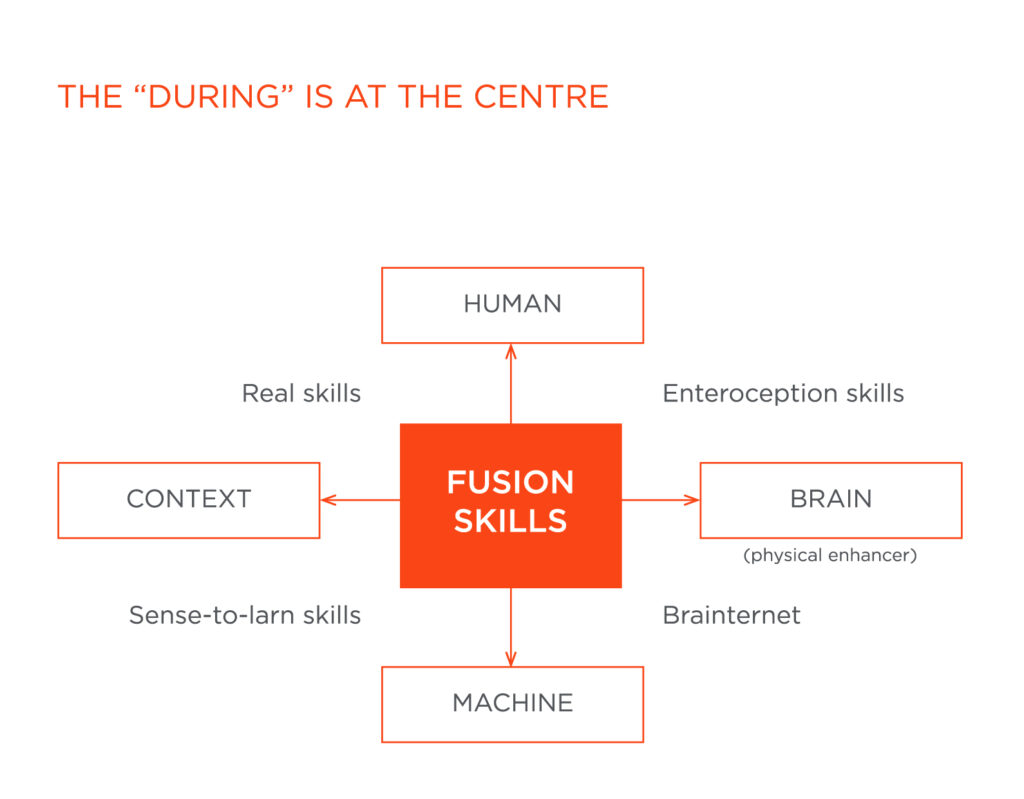 This seems to me a clear example of the “persisting-lasting”, that is a step we will not trace back to, we won’t be able to go back and a pace that hasn’t found its own final set-up yet. A disruptive event destined to last in time because we’re made of body and mind and our neural processes were slowly formed and adapted to the agricultural revolution, leaving us that brain and those behaviors that made us struggle to adapt, in about six thousand years, to a different space, climate, relational condition. In the “persisting-lasting” of the Pandemic, once the Pandemic is over (hopefully soon), we’ll have to deal with actions consistent with the “risk society” and the need to have fusion skills that help us build a new world, which is still mostly unexplored, of the total man-machine relationship.

Covid-19 and organizational change: the case of educational institutions

How the market of cultural tourism will change?

How is the Food and Wine sector changing after the lockdown?

Hellen Akinsiku
Participant of Global MBA in Food and Wine