The week the BBS faculty went back to school. In Germany. | BBS - Bologna Business School

The week the BBS faculty went back to school. In Germany.

Sit around the table of the Governing Council of the European Central Bank with no less than its president, Mario Draghi, as a guide to the developments in the global and European economy and the eurozone’s monetary policy. Marvel at the dance of the robots at KUKA, the world leader in robotics, recently acquired by the Chinese. Watch the assembly line at Audi, where man and machine have learned to cooperate, but have not yet figured out the car of the future, with no diesel and possibly no drivers.

It is hard to single out the highlights of the Retreat of the Core Faculty of the Bologna Business School, now in its third year. After Israel and “la via Emilia”, the choice for the days dedicated by almost fifty BBS professors to their own training and the acquisition of new knowledge to pass on to their students and the analysis of different realities has fallen this time on Germany. With an intriguing subtitle: “Friend or Foe?”. Italy and Germany are so close in economic terms that they are among each other’s most important partners. With a similar manufacturing structure and export profile and their interconnected value chains, Germany and Emilia-Romagna are particularly close. Not to mention the flow of mergers and acquisitions (think Lamborghini and Ducati!). They are partners, but also competitors and, in the European political arena, the two countries have recently found themselves quite often on opposing sides. 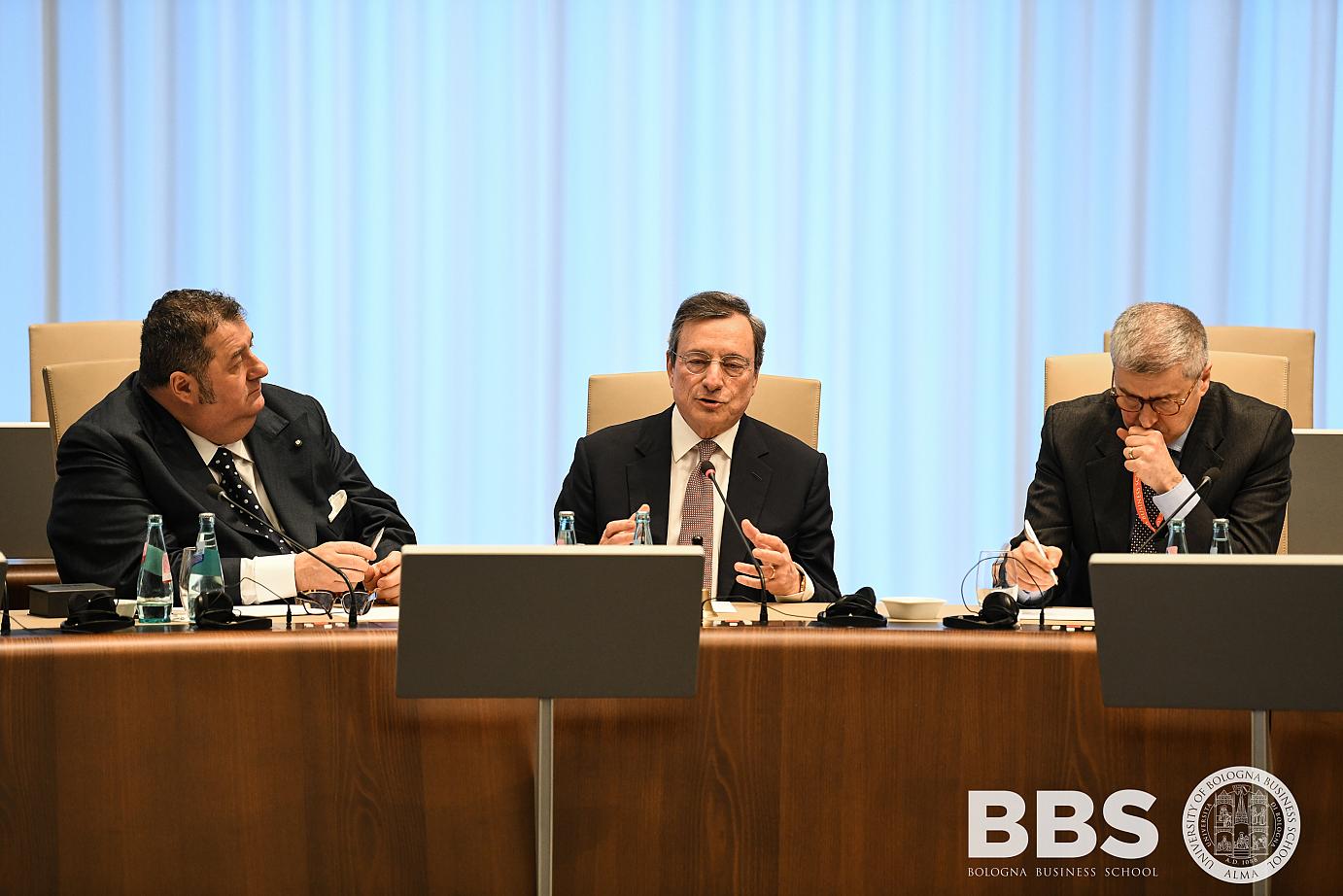 Meeting with Mario Draghi, President of the ECB

After four days of trains, planes and automobiles and a jam-packed program, one can safely say that the BBS faculty takes its own learning very seriously. To the original plan for watching first-hand some outstanding examples of German manufacturing and research, a detour was added to Frankfurt, home of the ECB, in full awareness that decisions taken there have an enormous influence on the life of households and firms all over Europe. And it was extraordinary to be received in the Governing Council room, where these decisions are discussed and adopted by the man credited with saving the euro, Mr Draghi himself. The president of the ECB recalled that in his almost completed 8-year mandate it was the first time that he spoke to the whole faculty of just one school. Quite a record for BBS! And he was generous with his time and comments, delivering a very clear assessment of the situation in the eurozone and patiently answering all questions, in spite of his packed schedule. But the BBS time at the ECB was not over: the next day the core faculty had a chance to listen to, and discuss with, some of the most influential figures at the Bank: Massimo Rostagno, the head of monetary policy, Andrea Enria, newly-installed chair of the SSM, the banking supervision, and Ignazio Angeloni, the architect of supervision at the ECB and himself a SSM board member. A quartet, including Draghi, of Italians that shine for their competence and their dedication to the European cause. 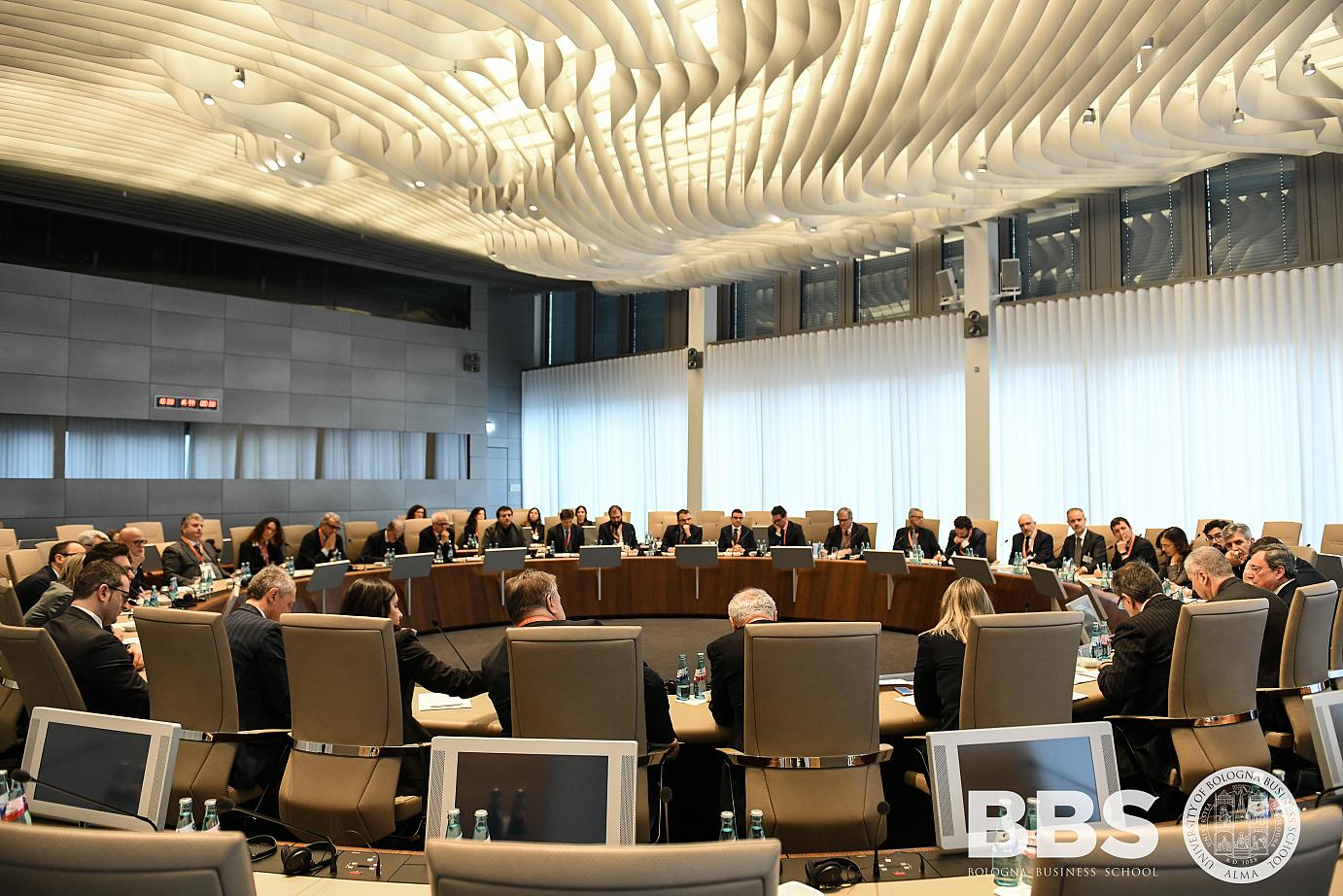 The BBS Core Faculty at the ECB

The Frankfurt leg of the retreat also included a meeting with another prominent Italian (better, Italo-German), Franziska Nori, director of the contemporary art museum Frankfurter Kunstverein, who opened the door to the museum and took us through the recent regeneration of the city centre.

From Frankfurt, onward to Bavaria, where our Dean Max Bergami and the other faculty members were received by the Dean, Gunther Freidl, and many faculty members at the TUM School of Management, the Technical University of Munich, which shares many of BBS characteristics, including finding itself at the intersection of technology and management. 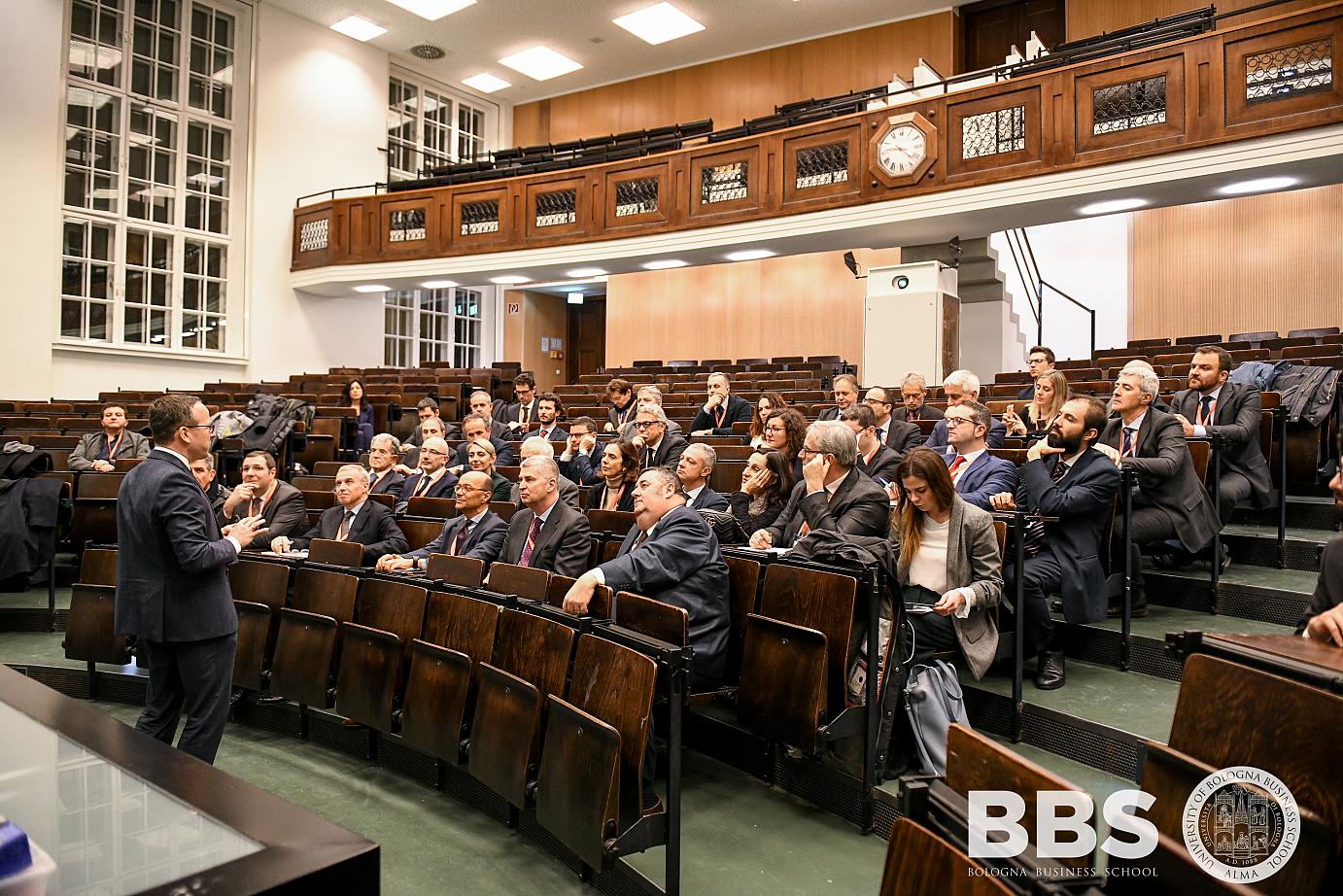 Meeting with Gunther Friedl, Dean of the TUM School of Management

In the next two days, the Core Faculty of BBS was exposed to the frontier of technology and its most advanced applications in the German manufacturing sector. First at the IBM Watson Centre for the internet of things (led by another Italian, Alessandro Curioni, the director of IBM research in Europe), then at KUKA, where they saw robots performing all sort of tasks, including biopsies. And, finally, a full day at Audi, thanks to the Lamborghini connection with BBS, for a close look at the ultra-efficient assembly line and also some reflections on digitalization in the car industry and autonomous driving. 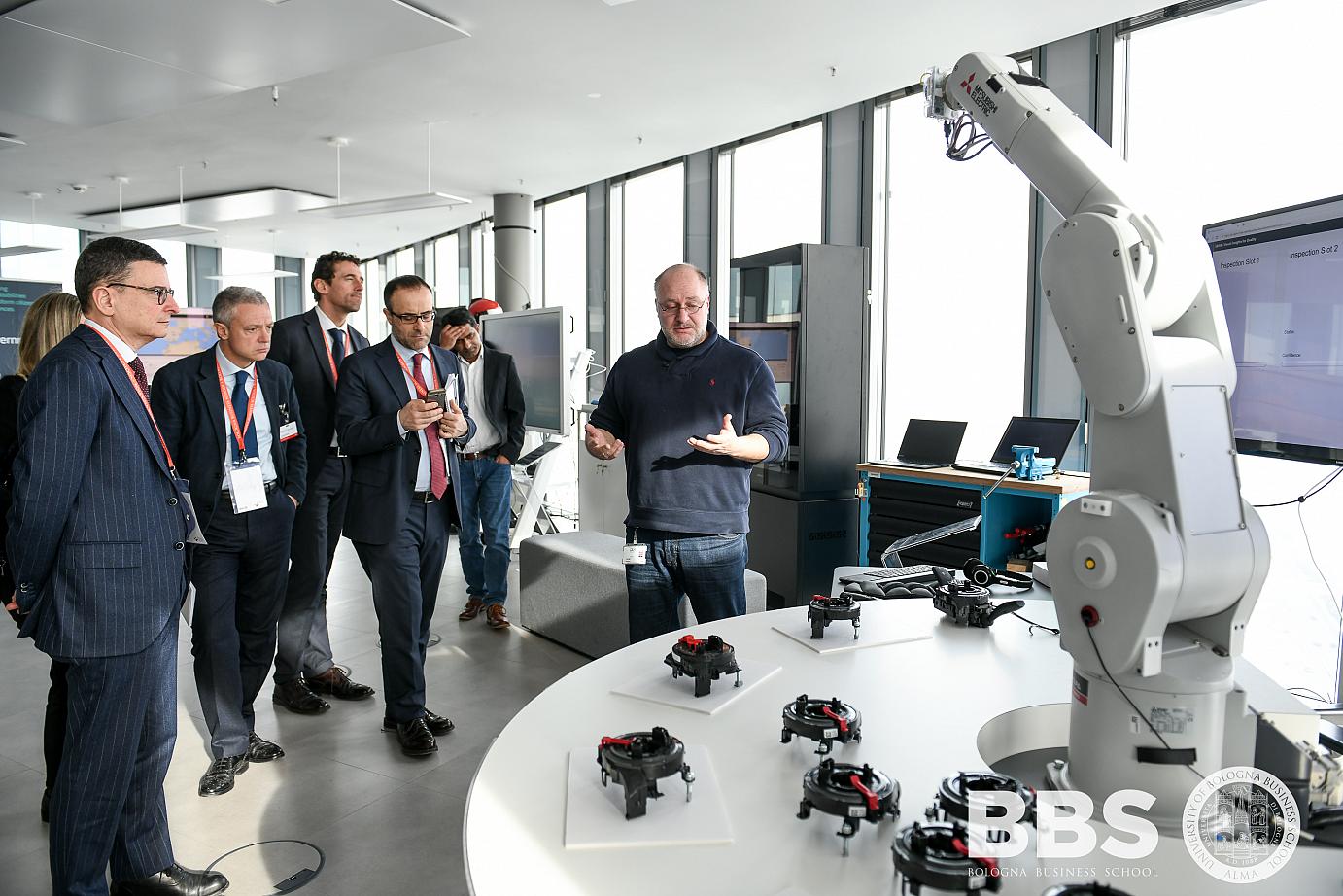 Romano Prodi, Chair of the supervisory board at BBS, was a very active participant in the retreat, which was also joined during part of the itinerary by the Rector of the University of Bologna (and president of BBS), Francesco Ubertini, giving it the proverbial seal of approval.

There was no time for shopping, but all participants came back with a much heavier (intellectual) baggage than when they left. No doubt some of the German lessons acquired in just a few days will help BBS improve for months to come.

Browse the Gallery of the BBS Core Faculty Retreat 2019