On Friday, June 28, the two processions of the Bologna Business School’s Core Faculty and students opened the Graduation 2019 in the suggestive setting of Piazza Maggiore, accompanied by the mezzo-soprano Beatrice Amato and the singers of the Teatro Comunale di Bologna. A solemn moment that confirmed the academic success of the School’s graduates, 560 students from 46 countries who completed the Full-time and the Executive Masters at BBS.

The event, presented by the journalist of Sky TG 24 Ilaria Iacoviello, brought into the city the strong roots of BBS win the territory. “You who have chosen Bologna to build your future, you are our ambassadors,” said Virginio Merola, Mayor of Bologna, during the institutional greeting to BBS and the city.

FROM THE CLASSROOMS TO PIAZZA MAGGIORE

The ceremony started with the opening of Romano Prodi, President of the Advisory Board of BBS. “My greetings to the graduates, because it is an important day for them and because this school this school is really affirming itself in the world, cautiously and with  the due time,” he said. “This year, it was no longer possible to hold the Graduation in Aula Magna Santa Lucia and this square was necessary for a simple reason: we have grown up.” The President then spoke about a climate that sees academia and entrepreneurship united together in a way that is probably unequaled in Italy. 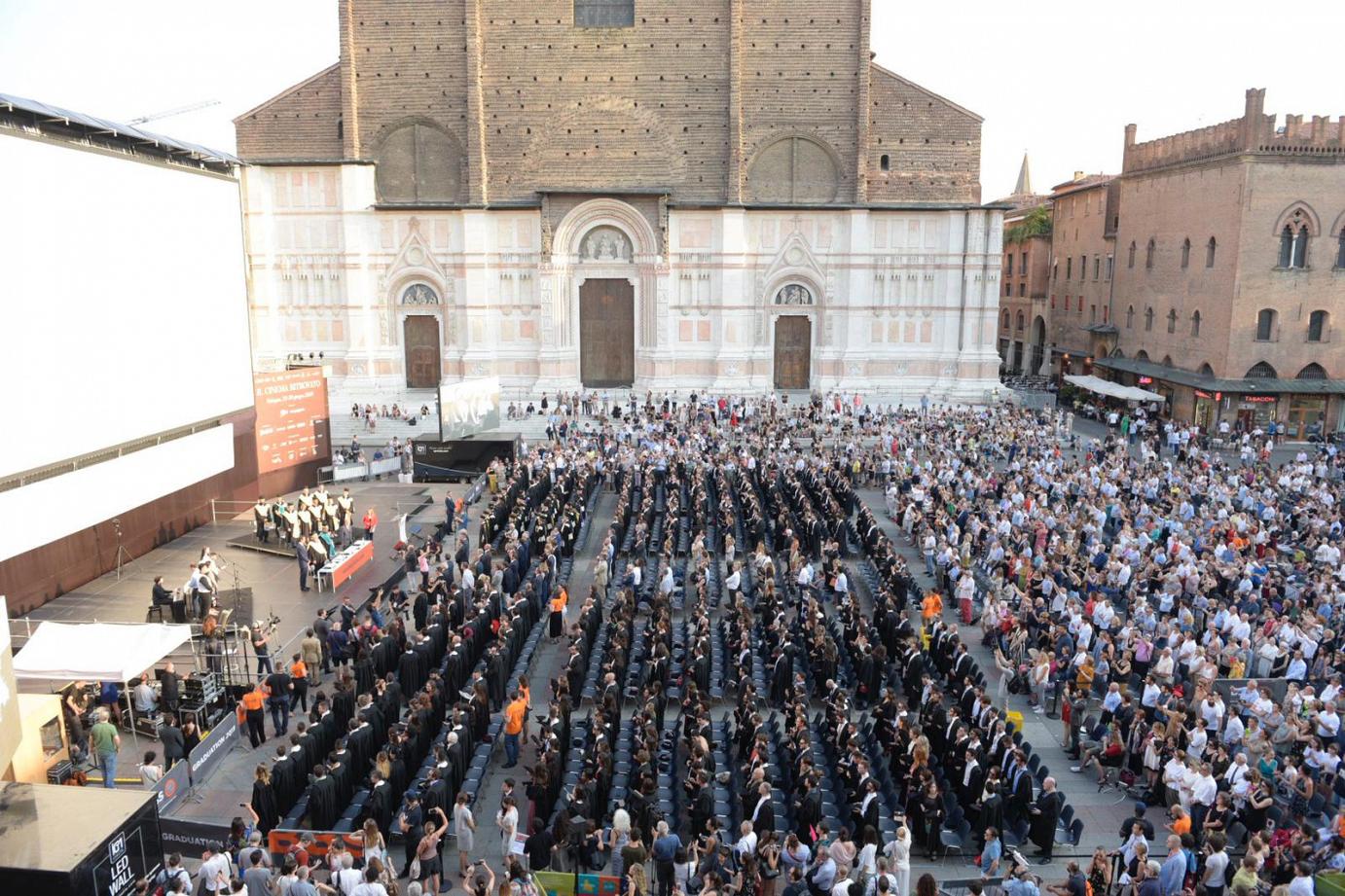 The constant growth of the School is also reflected in the theme of the Graduation 2019: Multiplying Opportunities, a concept that has become the watchword of Bologna Business School. A non-random choice that fully reflects the philosophy of the School. Knowledge in itself generates opportunities for innovation, growth and development, which can multiply if inserted in an inclusive, international and multidisciplinary community like that of BBS.

“We need to be actors of a change,” said Max Bergami, Dean of Bologna Business School. “We live in times where the values ​​of competence, merit and planning are challenged. For us who believe in these values, for us academics, managers and entrepreneurs who believe in the progress of knowledge, it is time to reaffirm the importance of some values ​​and make us actors of a change of attitude. This is possible only if each of us, thinking of the Multiplying Opportunities motto, moves from being a multiplicand to becoming a multiplier.”  The opening of a new campus, more than 2000 square meters dedicated to education, was also announced during the ceremony. According to Max Bergami, in fact, “the multiplication of opportunities also passes through the new Campus that we are preparing to build in Via degli Scalini, thanks also to the generosity of partner companies such as Coesia, Ima, Automobili Lamborghini, Marchesini Group, Dallara, Philip Morris and UniCredit . It is obviously the first contributions of a list that we hope will become much longer, thanks to the integration with the productive world that we have developed in these years “. 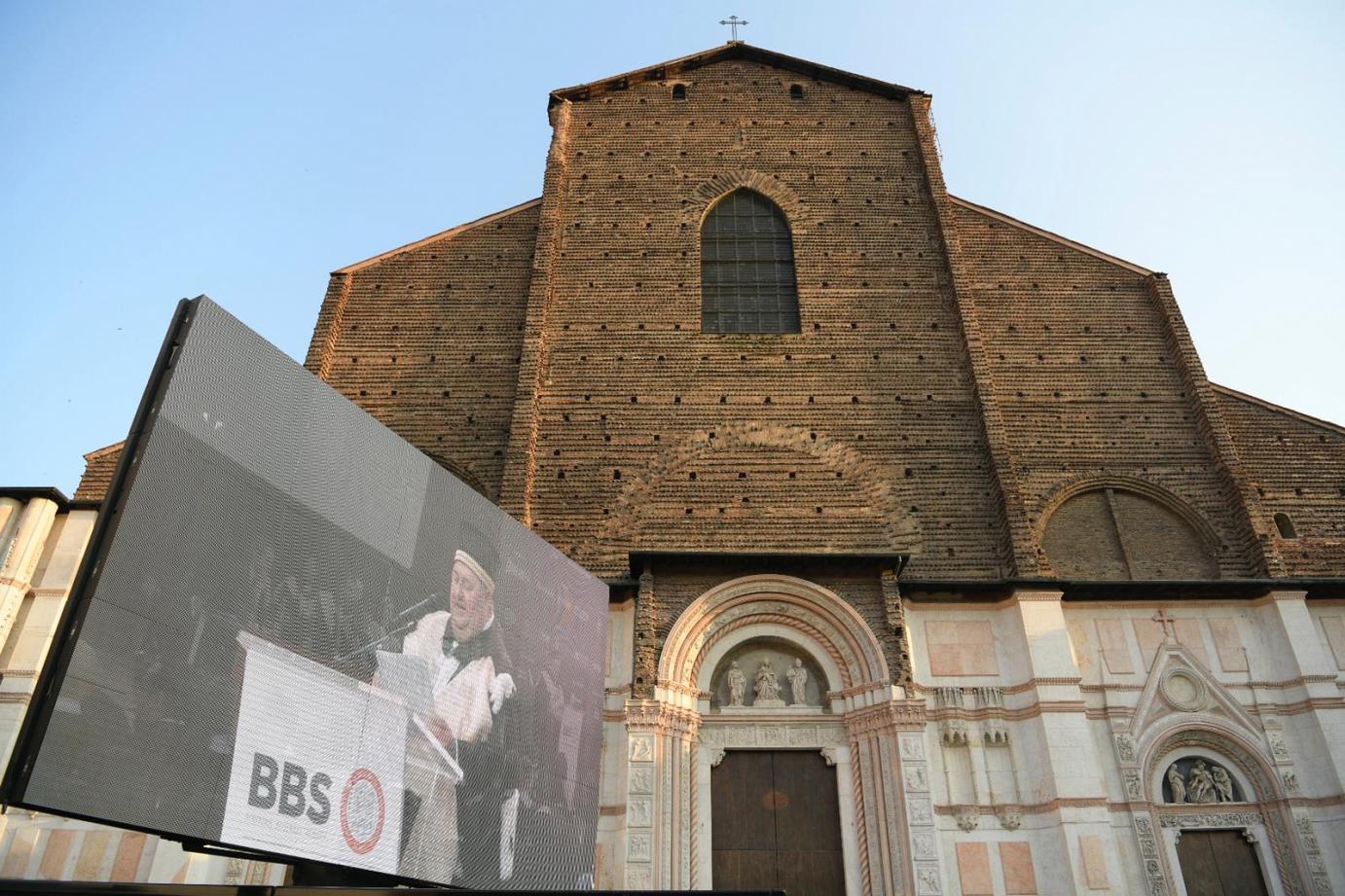 As per tradition, the ceremony continued with the awarding of the best students and best teachers of Bologna Business School. Among the best students Chiara Longo (Executive Masters), Edoardo Guerrieri (International Masters), Valeria Zecchini (Graduate Programs) and Marco Longeri, participant in the first edition of the Corporate Executive MBA Ferrari, a program designed to develop managerial skills, inspired by the Ferrari leadership model and oriented to the management of innovation, reserved for 30 managers of the ‘Cavallino’. The award for the best teachers went instead to professors Massimiliano Ghini (Executive Masters), Gabriele Pizzi (Graduate Programs) and Franco Visani (International Masters).

Kirsten Laetitia Pillar, a South African student of the Global MBA in Innovation Management, today Talent Acquisition Manager at Musixmatch, represented the voice of the graduates. “It is an honor for me to speak today from this stage. My year at BBS has literally changed my life. I became stronger, able to face the conflicts when they cross my path, more humble and resilient while facing changes and challenges. I have also become culturally more sensitive. My way of thinking and the way I deal with everyday life has changed. I am proud to be part of Bologna Business School and the University of Bologna.” 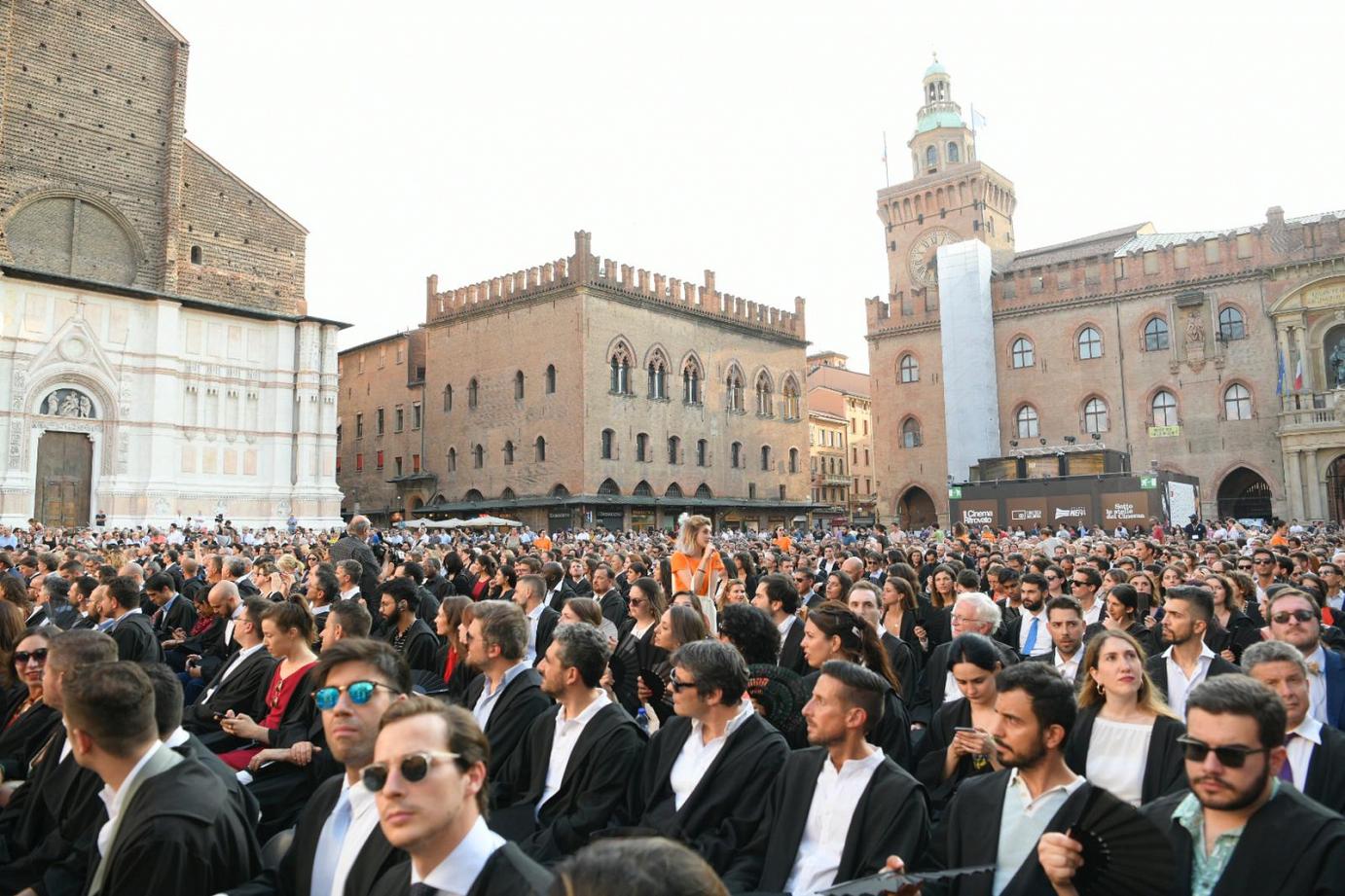 THE VALUE OF CURIOSITY AND COURAGE

“Ferrari was born in this area thanks to an extraordinary person. The many successes we have had over the years, however, do not count for anything, the important thing is what we still have to achieve.” Recalling the founder Enzo Ferrari, the President of FCA and Ferrari John Elkann introduced his Commencement Speech in front of the over 2500 people gathered in Piazza Maggiore. “The most important thing I’ve been taught is to continue to be curious. Courage is also important, always have faith in your convictions,” he suggested to BBS graduates. “The more technology and changes there are, the more our cars will be unique and recognized as such throughout the world, if we continue to be humble and always think about what comes next. For this reason, as a company we increasingly seek to collaborate with the academic world and the relationship between Maranello and BBS,” he added,“is the confirmation of the close bond that unites Ferrari with the entire territory.” 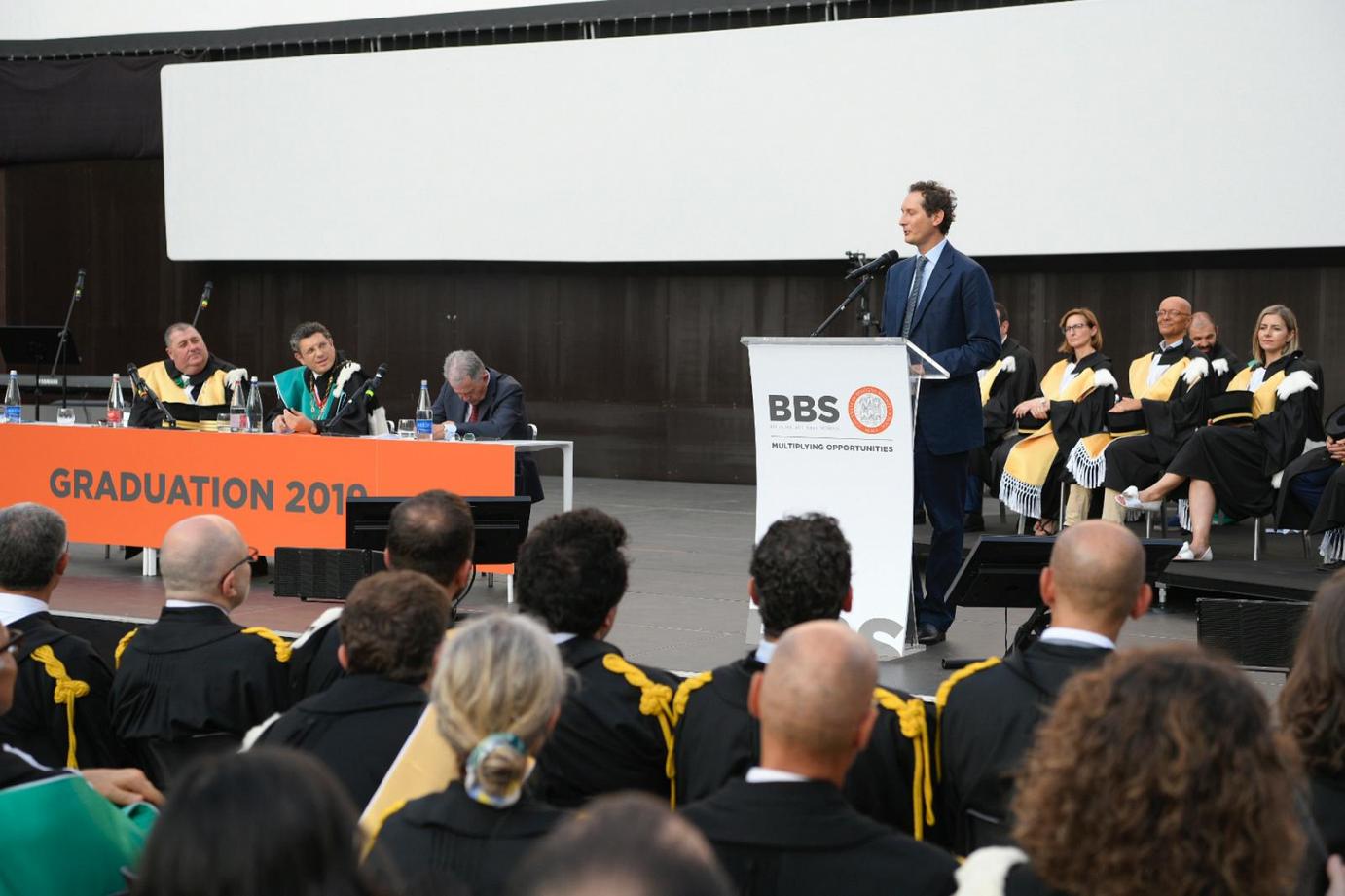 The Graduation 2019 ended with the conferral of diplomas by the Rector Francesco Ubertini, who commented: “The arrival of the Graduation of BBS in Piazza Maggiore shows in a concrete and visible way the decisive growth path of our Business School, which has become now a reference point at European level, and also shows the closeness that this school continues to cultivate with the Bolognese and regional territory.”

Bologna Business School welcomes in its Community the new Alumni, with the hope of becoming the protagonists of innovation in companies and the creators of positive changes in society, for a future capable of multiplying everyone’s opportunities. 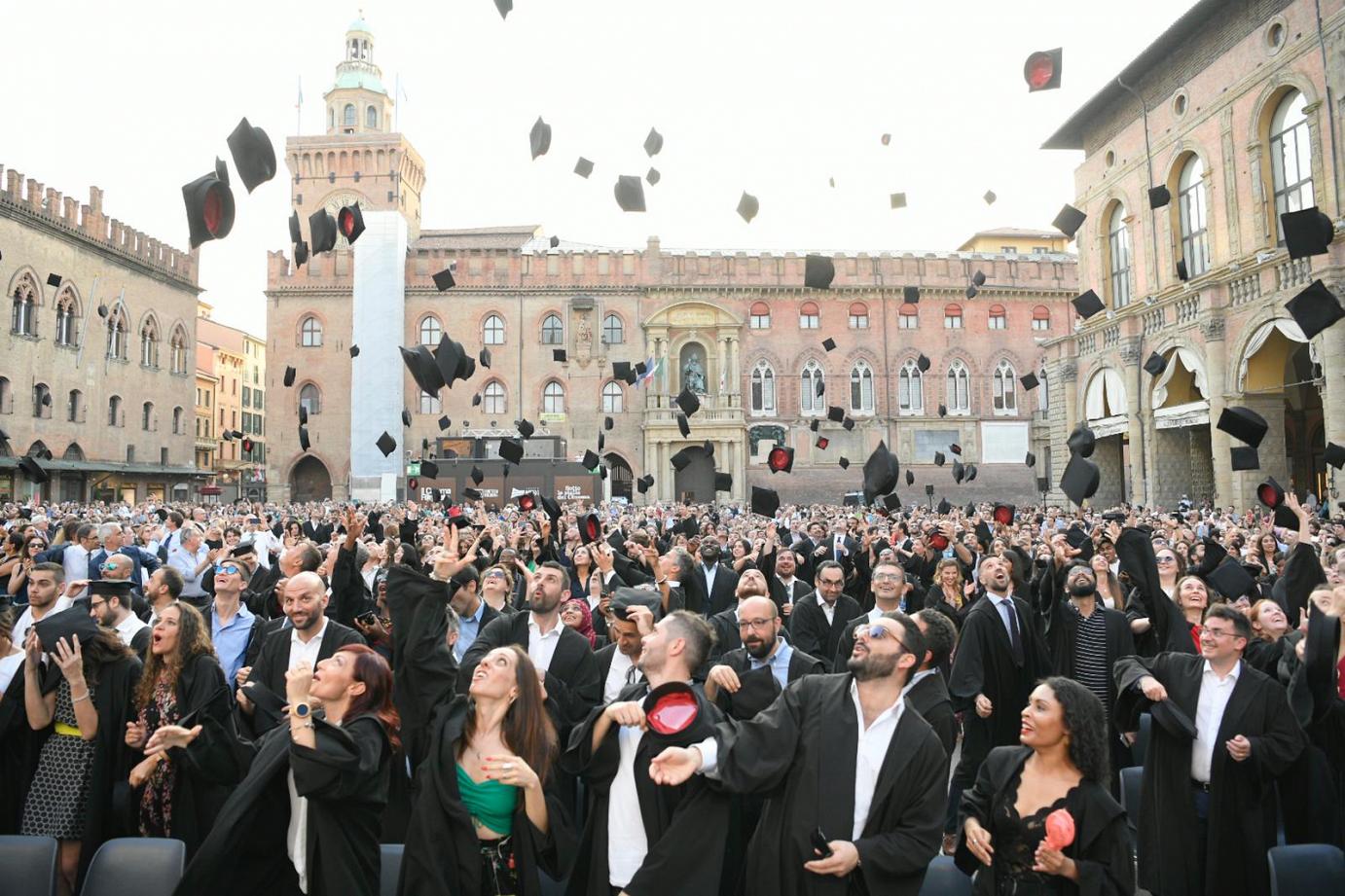 with John Elkann, Chairman of Ferrari