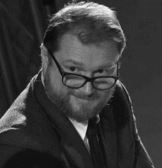 Graduated in Economics and Commerce in Parma in 1988, he boasted a long international career in Philip Morris International (PMI) with 17 years of responsibility as Chief Executive Officer in Serbia and Montenegro (2003), in Spain (2007) and subsequently in Italy (2010).

A leader with an entrepreneurial spirit, he managed acquisitions and transformations, generating value and innovation in terms of products, products and markets. The most significant result he achieved in Philip Morris International was the introduction on the Italian market of IQOS – the revolutionary system which heats tobacco without burning it – a technology destined to replace the consumption of traditional cigarettes.

Since 2003, Sidoli has also been playing an active role in supporting numerous associative initiatives on foreign investment, social development and education. and its Vice-President in Italy and Spain, Vice-President of ValoreD, director of Federchimica, Confindustria Emilia Centro, Fundacion Empresa y Sociedad and Istituzione Bologna Musei (Municipality of Bologna).

He is a member of both Task Force Italia and Committee for Direction at Bologna Business School.

Moreover, he covers the role of advisor to the Board of Directors at Guglielmo Marconi Airport in Bologna, as well as in Max Mara Fashion Group and ASPHI Onlus.

Since 2020 he has been a lecturer in the Hybrid MBA of BBS.

This a laboratory of sharing of managerial experiences to discuss of the importance of soft and cross-cutting skills, attidutes, behaviours and the role they play in the career path.

Topics such as emotional and congnitive skills, how to give and how to receive a feedback, performance management, professional development and management of complex situations, will be addressed to discover the tools that you can only learn from experience.