To do marketing, as known, is not for everyone. Undoubtedly, a bad investment of the economic and creative resources of the company is the fear of every marketer. The real nightmare, however, is expressed with two simple Anglo-Saxon words that have the power to ridicule a campaign, cut short a career and damage a brand: epic fail.

Many, too many, are the slippery grounds on which advertising campaigns can fall ruinously. Racial diversity, sexism, homophobia, gender diversity, politics, religion, even social status. So many, in truth, that to get away from any risk, marketing specialists should simply give up all contact with the outside world. Instead, the battle for customer attention becomes increasingly bloody and, amplified by the power of social media, puts brands in precarious balance on the thin line of demarcation that separates successful advertising campaigns from all the rest.

One of the best times of the year for this challenge among creative strategists is Christmas, a religious feast that has become over time a recurrence more or less disconnected from its original meaning, with a very large consumer component. In this frame made of symbols and traditions, there is an infinite plethora of options ranging from banal to viral. With the same infinite possibilities of failure.

“An iron, a pajamas, an apron, a Pandora bracelet. In your opinion what would make her happy?” is the text of the now well-known Christmas campaign of the most famous bracelets of the moment. A campaign immediately defined as sexist and offensive towards the long struggle for female emancipation.

It is natural to wonder how it is possible that in 2017 the female figure is still associated with such markedly household stereotypes. Is it credible to imagine that no one inside the company has had, even if only for a moment, the same perplexity as millions of Italians? Perhaps yes, but the awareness of sharing this thought, associated with the image of the brand, with an unlimited number of possible clients, has most likely transformed the fear of failure into a precise strategy. On closer inspection, two weeks after the apparently unhappy advertising launch, the company’s image does not seem particularly compromised. At the same time, armies of men with zero ideas for the perfect gift, most likely the true target of the campaign, easily recall the image of the bracelet. And, while the web is unleashed with parodies that amplify the power of the campaign, purchases are multiplying. 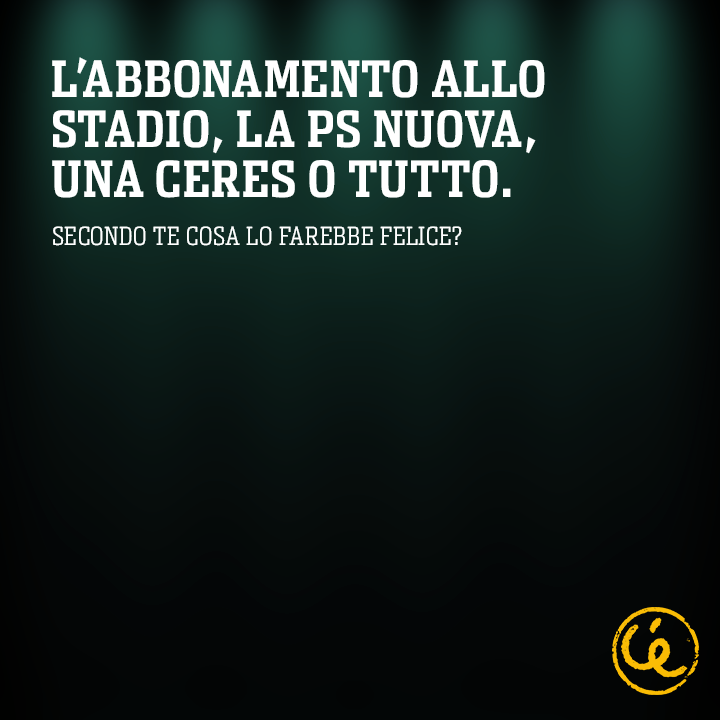 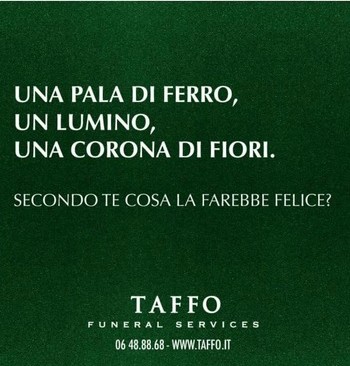 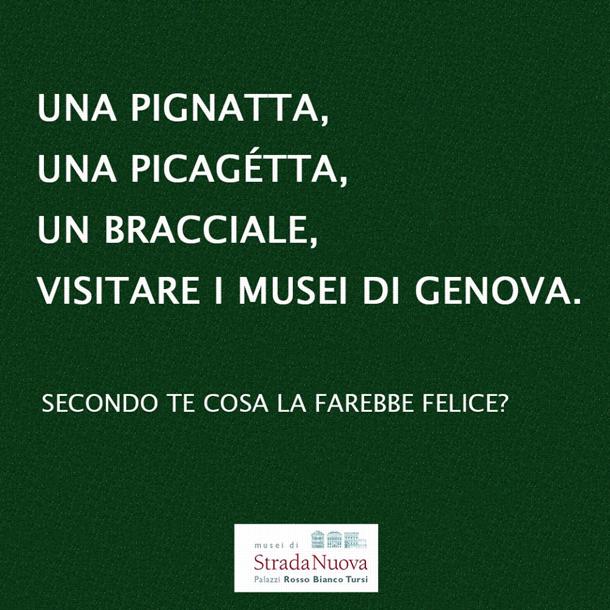 The geography of the flop

Not all epic fail, however, have a positive side. Even a brand that has advertising in its DNA is subject to epochal slips and Christmas 2016 is certainly not among the best memories of Coca-Cola.

In December last year, the company decided to advertise itself in Russia with the image of a snow-covered country map. Not a very clever idea, since the borders of the state are subject to continuous discussion since 2014, the year of the annexation of Crimea. In addition, the map in question not only excluded Crimea, but also the Kuril Islands and even the city of Kaliningrad, univocally recognized as Russian since 1945. Protests have not been slow to arrive and Coca-Cola, instead of withdrawing the campaign, has decided to redesign the map including all the previously excluded geographical areas. The decision, as expected by everyone except the company’s marketing managers, was not welcomed with enthusiasm by the Ukrainian government. 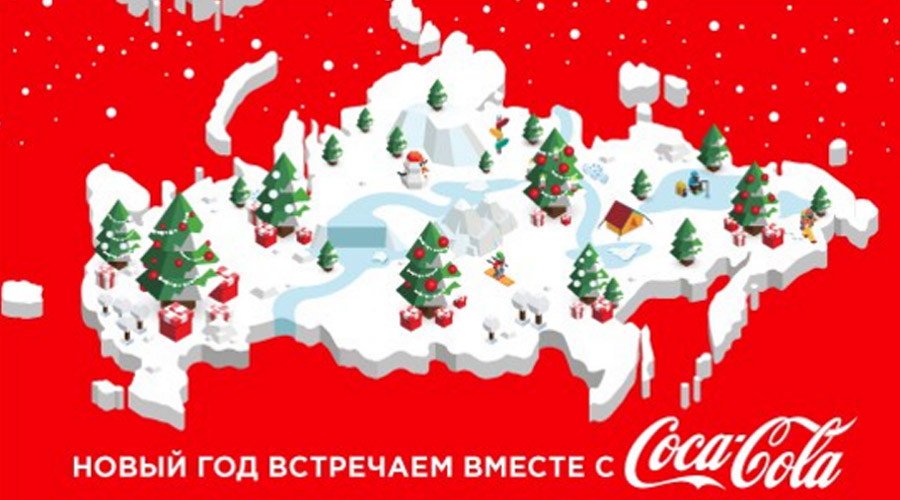 The incident created by Coca-Cola provoked a chain reaction that reached its peak when a group of influential Russian personalities posted a list of global American companies that recognized the annexation of Crimea to Russia, despite the official position of the United States on the question.

This intricate geography lesson can make us reflect on the growing weight of multinational companies also at the political level and on the need to get to know the public of our campaigns in depth, especially if we are dealing with different cultures and countries.

The sin of Vanity

“Vanity-Fail” was the nickname attributed by the web to the Christmas post published by Vanity Fair Italia on December 2016 on its Facebook page, accompanied by a text that emphasizes the unhappy combination of images. “This week for the opening of our Facebook page we ask you to choose between a tragic image of the escape from Aleppo and a splendid shot of Mount Cervino. What do you think is the right picture to accompany us during the Christmas week 2016? Tell us with a like on the image you prefer. “ 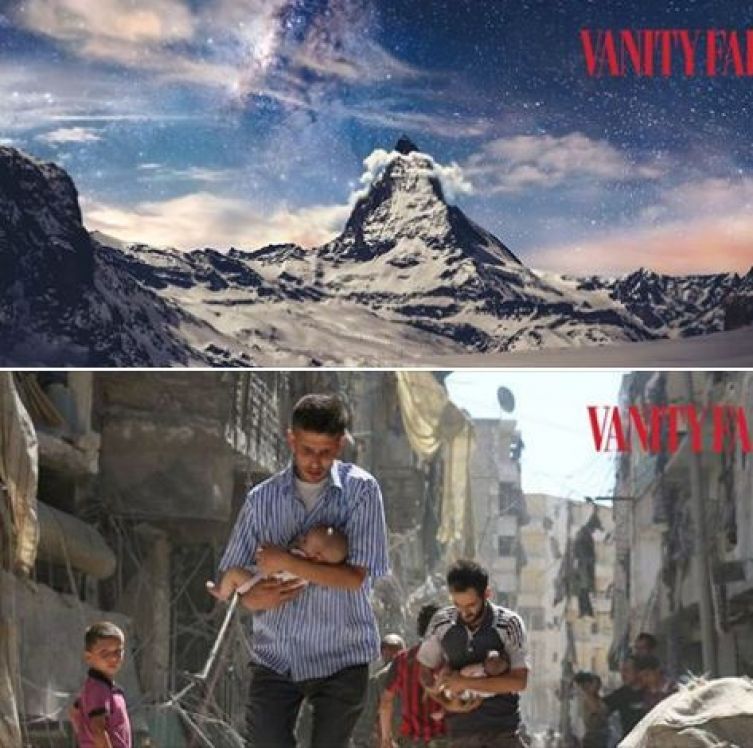 Following the outrageous indignation of the web, the editor of the magazine Luca Dini published a post of apology accompanied by the words of the photo editor Andrea Annaratone, motivating the choice of the two photographs. After this the explanation the public has split in half between those who continued to condemn the post and those who have shown themselves more understanding. What surely emerges is the absolute importance of knowing how to manage a crisis, even before worrying about avoiding it.

The symbol of Christmas Made in Italy, the panettone, is often depicted with hushed atmospheres pervaded by the goodness of the holidays. Often, but not always. It is precisely on the uniformity of the messages of the various competitors that the well-known agency Saatchi & Saatchi Italy played in the creation of the new advertising campaign for Motta.

The irreverent off-screen voice tells the ingredients of an imaginary panettone prepared with vegan ingredients, to then deny and reaffirm its loyalty to the traditional recipe. A mockery of the veg world that entertains the vegans themselves, stepping out of the politically correct, which has received criticism mainly from a slice of consumers that, in any case, would not have consumed the product.

It would seem anything but a fail, but there is an aspect of digital communication to be taken into account even when the brightest ideas are implemented: the web does not forget. What would happen if, in a not so distant future, the vegan food market grew until reaching volumes that could decide the fate of a confectionery company?

For Christmas, they say, we are all better. But not with marketers and their mistakes, apparently.