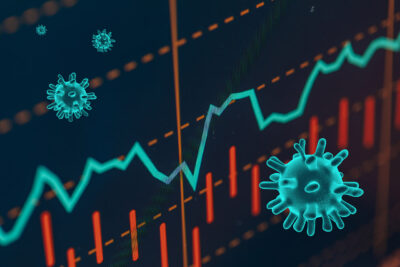 No one can say precisely what will happen to economy over the next 12-18 months. The International Monetary Fund, in its latest forecast, refers to an “uneven and uncertain recovery”.

The greatest part of the uncertainty is due to the fact that many decisive factors are out of the economic policy authorities’ control and the economists’ forecasting abilities: the length and scope of the Covid-19 pandemic, the possibility of a second wave of contagions, the possible need to resume confinement measures that will limit the economic activity, the development and efficacy of a vaccine, the social and geopolitical repercussions.

The impact on the economy was unprecedented and ditto the response of the economic policy. The speed and size of the decline following the outbreak of the crisis surprised even the most attentive observers: the stabilization that some initial economic data are beginning to show is also extremely uncertain. The International Monetary Fund itself that in January, before the pandemic broke out, was expecting a growth of the world economy around 3.3%, in April had already drastically reassessed its forecast with a reduction by 3%. At the end of June, another decrease, this time by 4.9%, to reflect the worst-than-foreseen trend in the first half of the year, the expectation that the need to continue for much longer with distancing and the damages to the production potential of the economy.

If the snapshot of the present is unclear, the scenario of the near future is even more so: economists have gone wild on the form of recovery in a hypothetical chart: V-shaped, like the financial markets seem to suffer showing a misalignment with the economy; W-shaped, with a possible relapse; U-shaped, with a longer period at the bottom before recovering; or, finally, L-shaped, the worst hypothesis ever, or square root-shaped. Nobody though has a clear view.

Differently from the serious global crisis at the turn of last decade, that had spread from finance to real economy, this is a crisis that was born outside the economy, but one that then has hit the real economy directly and has the potential risk of involving the financial system. And if your typical recession hits at first investments and international trade, this one meant the collapse right away of the consumption levels in the service sector where contacts among people are more intense. The lockdown and the social distancing, though essential to harness the contagion, contributed to worsen the recession. The disparity of consequences among the different countries and economic sectors is huge, likewise the differences as for the recovery perspectives.

The extraordinary scale of the crisis has this time produced an equally extraordinary response and most of all extremely quickly, in particular in Europe, where it had been instead slow and often contradictory after the global financial crisis and the subsequent euro crisis. It took the summit of EU Heads of State and Government four days and four nights between July 17th and 21st to launch the NextGenerationEU plan. But if we think that less than five months had gone by since the outbreak of the pandemic in the Old Continent, we can say that this time, despite the disparity of points of view and with the need to combine the interests of 27 countries, there has been the awareness of the scope of the shock that swept the economy: the drop in gross domestic product in 2020, according to most forecasts, will exceed 10% and the recovery in 2021 will not be enough to offset the income loss. The increase of the level of unemployment and the worsening of public finances, with the explosion of the debt especially in some countries, like Italy, will be new vulnerabilities. The strongest impact of the pandemic on areas already historically weaker like Southern Europe risked widening the differences to a breaking point.

The first responder has been, once again, the European Central Bank, that during the euro crisis had ended up being “the only game in town”, the only institution effectively active to fight the disintegration of the monetary union: already in March they had started a security purchasing program aimed at limiting the effects of the pandemic, provided abundant liquidity to banks at sub-zero interest rates so that they could continue to finance businesses and households, loosened some banking supervision rules. On this occasion though, almost immediately, next to the ECB, the possibility to have loans without conditionalities from the State Rescue Fund Esm was provided for the health emergency, a tool to protect employment and European guarantees for small and medium enterprises. The Stability pact, that sets the rules concerning budgetary discipline, has been suspended.

The crucial element though has arrived after a German-French agreement that for the first time saw Germany side with the countries of Southern Europe, from the program decided by the European Council in July, that provides for a recovery fund amounting to 750 billion euros (of which 390 billion as gifts and 360 as loans) and a multi-year budget of the Union amounting to 1,074 billion euros to look beyond the post-Covid emergency and transform the economy, based on the reform projects submitted by the individual countries, with a specific focus on the “green economy”. Furthermore, for the first time at this scale, the Union will issue common debt, an element that has the potential of radically transforming the European financial markets.

Behind the figures and the nice words of a summit in which everyone won and everyone has some recriminations, of course contents will have to be present and the crucial elements for the success of this initiative will be the reform national plans and the speed with which we will move from words to deeds.

For a culture of re-motivation and re-start

Leading a University in the Midst of a Pandemic (B): “A Fruitful Dialogue”